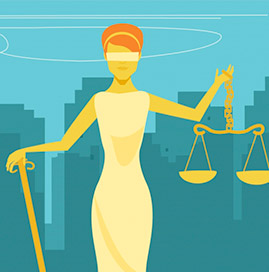 Can a child decide which parent they wish to live with? “No!” says the High Court of Australia!

In the recent High Court decision of Bondelmonte v Bondelmonte, the High Court of Australia ruled that two boys, aged 15 and 17, were not allowed to live permanently with their father in New York just because they wanted to. I can’t blame them; after all, who wouldn’t want to live in New York right?

There is nothing novel in the approach taken by Justice Watts in the Family Court at first instance or ultimately by the High Court in this case. This decision simply walks the well tread road of clearly established principle in parenting matters:
That the best interests of the children are always the paramount consideration in any parenting matter. Another city in another country may well promote a different decision in the future from the High Court depending on the circumstances. Each case will and should turn on its own facts.

In the case before the High Court, the parties had separated in 2010 and the Family Court made orders back then that the parties have equal shared parental responsibility, with the living arrangements to be decided by the parties and the children. Well now, there’s a gap you could park a Mac Truck in.

So, sensible all round it would seem; that is, until Dad decides to take the boys on holiday to the Big Apple in January of 2016. After two weeks in New York and on a whim (as one does in New York), the father informs the mother that he is going to live in New York indefinitely and that the boys are going to remain with him in the US. Oh really Dad? Most Family Lawyers would know exactly what the sensible answer should be to this scenario but this matter ended up in the High Court’s hallowed chambers on a special leave application.

Anyway we are jumping ahead. Mum filed an application under the Family Law Act 1975 for the boys to be returned to Australia and Justice Watts of the Family Court was only too pleased to accommodate her wish and promptly ordered their return to Australia. Again, what was so surprising about this? Every lawyer practicing in this jurisdiction should have seen this coming.

Predictably, Justice Watts, when considering what was in the best interests of the children (remember that principle of paramount importance I spoke of above) took into account matters concerning the children’s’ relationships with each of their parents and with each other. Although Justice Watts accepted the evidence lead before him that the boys would rather live with Dad in New York, he considered, and as the High Court later also found, the weight of the children’s views were ‘weakened by the circumstances which have been contrived by the father’. Justice Watts also ordered that alternative living arrangements could be made for the boys if the father did not return to Australia and the boys did not wish to live with their mother: The ‘Wisdom of Solomon’ clearly working in the Family Court of Australia. (Clearly if you don’t want to live with Mum then we can perhaps provide you with some incentive or we have other options.) These alternative arrangements might have been that the boys live in either supervised accommodation paid for by the father or with the willing parents of one of their friends. Clearly the children were being spoilt with choice!

Dad appealed to the Full Court of the Family Court. When his appeal to this forum was dismissed, he was granted special leave to appeal to the High Court of Australia. The mother (wisely in any view of it) did not take part in the High Court proceedings, so an independent children’s lawyer was appointed to step in and oppose Dad’s appeal.

The High Court rejected the father’s argument that Watts J erred in minimizing the boys’ expressed preference to remain in New York with Dad based on the assertion that somehow Justice Watts had formed an adverse view of the father’s actions. The High Court, importantly, rejected the argument put forward by the father that Justice Watts was required to determine the boys’ views as to the alternative living arrangements proposed. It was held that Section 60CC(3)(a) only requires that the views expressed by a child be considered and that ascertaining a child’s views was not statutorily mandated. A child’s views are just part of a number of matters to be considered by the court in deciding best interest considerations.

The moral of this story, and yes there is always a moral, is that children do not always get what they want but they should always get what they need; and if parents are not able to make wise or just decisions that are in the best interests of their children in this context, the courts in this jurisdiction have proven yet again that they are well equipped and ready to stand in loco parentis.